You are here: Home › Blog › Celebrating The Festival of the Broken Needle
By Belle on 7 February 2017 in Blog

Like most makers my creative muse calls to be expressed in many ways and sewing, quilting and needlework are some of my favourite outlets.

So when I read my Opendrawer email about celebrating Hari-Kuyo, the 400 year old Japanese Festival of Broken Needles my heart took a little leap of delight. It is a festival to honour the work of well worn and now broken or bent needles and pins.

As Robyn from Opendrawer explains “each year for centuries past, Japanese women saved their bent & broken pins and needles for the Hari-Kuyo ceremony to thank them for their faithful service, and lay them to rest.”

As tradition dictates the needles and pins are placed in a piece of soft tofu, which symbolises rest and comfort.

What resonated most for me with Robyn’s words was, “a worn-out needle is a companion of many hours, and so it is believed a woman’s sorrows will pass into her needle. Laying down the needle, is a way to lay down one’s own sorrows. It’s also a way to recognise and appreciate the role of all the small everyday objects of daily life that are usually forgotten or ignored.”

“The rhythmic dip and dive of the long nose, round eyed needle lets the thoughts lift loose. And the heart feels unburdened. Sometimes hand sewing is more a joy than a job.”  explains Carolyn from Sermonforabird

The winter my sister was having treatment for breast cancer I hand sewed my first quilt. I had no idea how big a job I had created for myself nor the impact this one piece of sewing would have on me.

It was as if my own sorrows and worries for my sister were stitched out of me as I went. As I moved through each stage of the quilt I moved into a new understanding of what was happening. Each stitch brought a kind of peace and comfort to my scared heart.

I shed tears and laughed out loud in my little lounge room as I sewed that quilt. I slept under it for more than 10 summers and each year when I aired it for the season ahead I would greet it like an old friend.

Finishing the quilt was difficult, I felt like I was somehow taking leave of an old friend. But then I realised I would be comforted by her for years ahead. And while now this treasured, worn quilt is safely packed away the love I have for it and the good it did me is still within me.

Now I have made a new quilt, it’s her first summer with me and my beloved old rescue cat has breast cancer now. It’s a new circle to be flowing through.

The Creatively Belle supervisor Shelly outside the studio

It’s no surprise to me that the Japanese have such a way of recognising and honouring something as simple and as meaningful as needles.

I’ve loved for years the Japanese aesthetics and the more I learn of there approach to design and making the more I embrace their ideas into my own work and life. The Japanese way of respecting materials and the story of an object has made me deeply value the innate nature of the clay I work in. Southern Ice porcelain has a lot of memory, so it can go into the kiln perfectly flat and come out of the second firing with a curve. Initially I was upset about this happening, I would argue with my clay and tell it how it needed to do what I was intending, not for what the kiln fairies tempted it into.

Some time later the thought visited me of the Japanese value of respecting and honouring the material itself, letting it be how it will naturally be. So instead of fighting with it I started to respect it, to say thank you to it when it decided my thumb indent needed to come through the firings. Magically my relationship shifted with my clay and porcelain. I realised it didn’t like to be worked by me when I was out of sorts, grumpy or unhappy. It wanted to have me singing and smiling. So now I do other things when I’m blue and put on favourite music when I’m making, smiling into my heart and greeting the clay with love.

Maybe all makers and artists have there own peculiarities when it comes to creating? I feel connected and understood when I find traditions that women and men have had close to their hearts and souls for centuries. 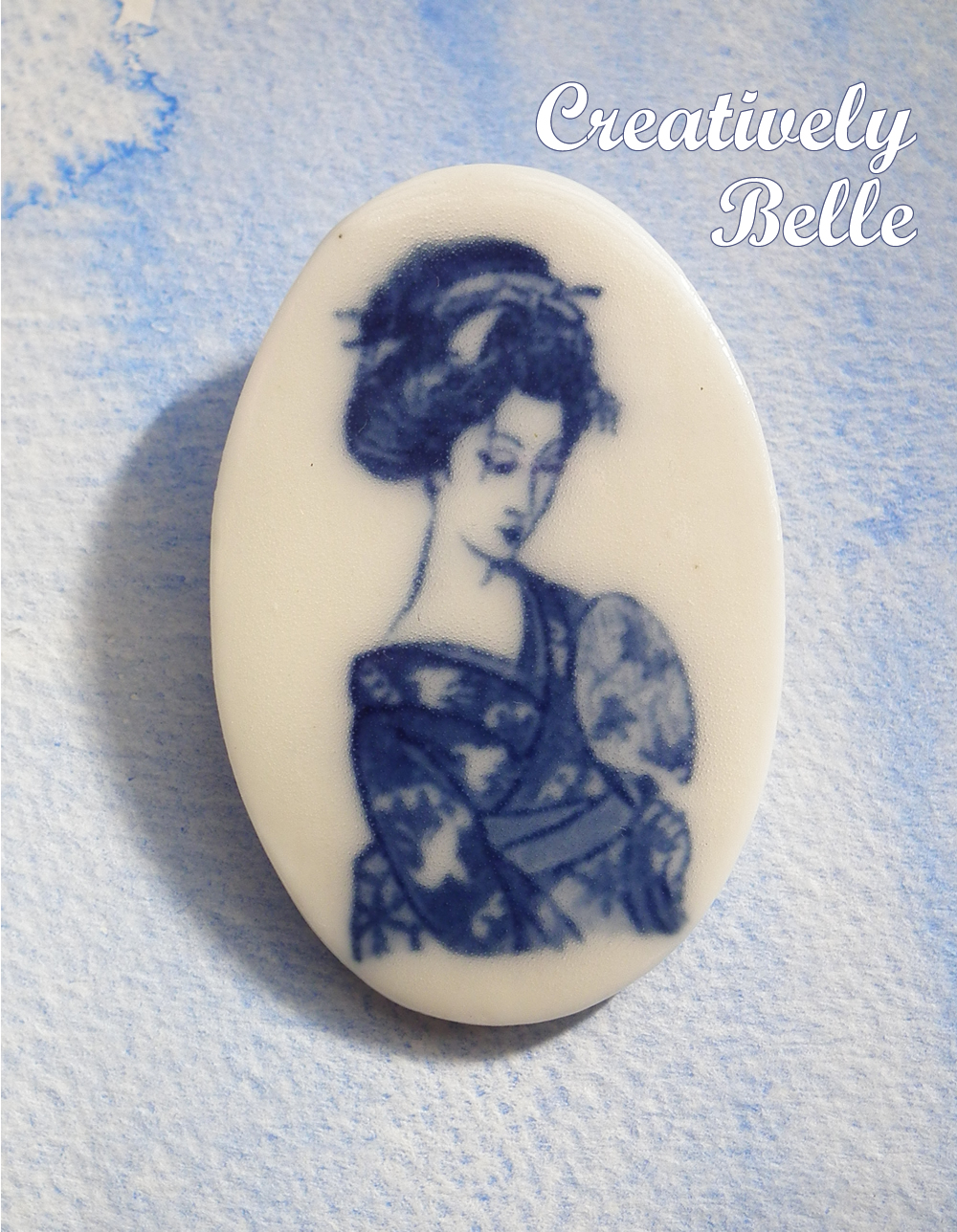 Contemplating the movement in water colours

The Joy of Thinking of Making

The simple joy of thinking about upcoming making projects lights up my spirit, my creative muse starts singing with ideas, playing with colours and form, possibilities and ambitions. Each season brings different projects. Winter is for curling up with sewing in the evenings.

I’ve been thinking on what will be my textile work for this coming winter, another quilt or some embroidery? The last three winters have been productive quilt making times, I’ve finished both my new summer quilt as well as one I made for my parent’s 50th Wedding Anniversary (it was only three years late!). Both are massive extra large King size quilts, all hand quilted with hours of thoughts, tears, laughter and quite a few strands of cat fur sewed in.

But embroidery is calling me, maybe a little more loudly than quilting this season. When I told mum she unearthed her extensive stash of colourful threads, handing over the organised wallet of them with stern instructions to use up her expensive investment before buying more of my own. I did try to tell mum that I have a large bundle of alluring DMC threads too but that was brushed aside.

Thankfully I belong to a very supportive and caring creative family that gathers every weekend at The Rocks Markets and I already have in mind a few of the textile girls for advice and help with skills sharing. Also, thankfully, I don’t seek to make a living from my needles, only from my paints and clays so that certainly takes the pressure off!

While I’ll be finding my own old quilting needles that have become like old friends to honour this Festival of Broken Needles I’ll be also having the delightful excuse to go buy more new needles for the flowers and birds that are calling me now.