You are here: Home › Blog › Getting the Family Research Bug
By Belle on 22 August 2017 in Blog

On International Women’s Day this year I went to the NSW State Library to find my first female ancestor to arrive in Australia. Little did I  know when I was tearing up seeing her name in the Convict lists that I was also contracting the family history research bug.

I’m thinking it is one I’ll have for life and I’m now accepting I have a hobby (although I still don’t like that word, maybe I’ll change it?). 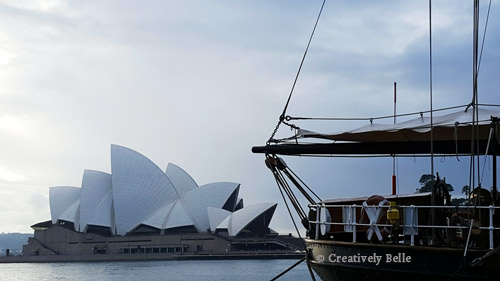 Finding Sarah Walden of the Kitty who arrived in 1792 in the convict manifest lists, colonial musters, early census and as a marriage witness signature has been a new light in my heart. Sarah had four children, lost her oldest too early and ended up living her later years with her youngest, a son called Owen.

It might be my imagination, but from what I can gleam of her I think she was one of those amazingly strong colonial women who made the best of a tough life she was dealt.

I’m descended from her second daughter, Rosetta Martin who married Ferdinand Meurant at Parramatta by Rev Samuel Marsden – by all accounts a colourful character, and their daughter Emma. Frustratingly there really is little information on Sarah, Rosetta and Emma in comparison to the men who fathered their children.

Rosetta’s dad, Owen Martin, survived the infamous journey as a convict on the Queen in 1791 and fathered at least six children to two different convict women. Of the 122 starving convicts who were disembarked from that ship only 50 were left alive after six months, all because the greed of the ship’s captain had put the men on half rations for the entire long journey.

Owen Martin even managed to live longer than the average 60 years of his peers after all of that.

Ferdinand Meurant on the other hand is a completely different kettle of fish. He was guilty of his crime and was a straight out lucky bugger, even with his tumultuous life. While Ferdinand’s story can fill pages of any book of early colonial life I’ll only be brief here and leave the fuller telling for another time.

While Emma’s husband, John Stinson, arrived in Sydney as a little child with his parents who’d been brought out by his mother’s uncle, Surgeon John Harris, to manage his properties. Surgeon John Harris had arrived in the colonies with the second fleet in 1790 on the Surprize and did exceptionally well for himself. 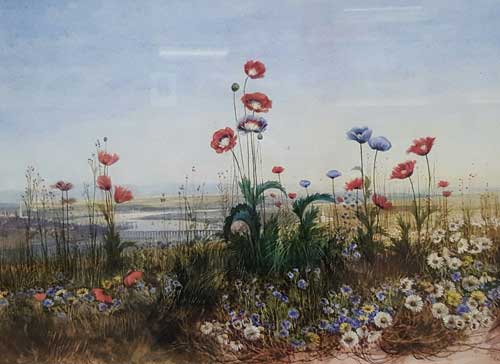 Derry and surrounds, where John Stinson’s family came from – A distant view of Derry through wildflowers 1830’s by Andrew Nicholl – Art Gallery of NSW

Ferdinand was a French jeweller who was convicted of forging Bank of Ireland notes in Dublin and was originally sentenced with his co-accursed John Austen to death, a sentence that was commuted to life in the colony. Both men were able to negotiate with the new Captain of the NSW Corps to bring their jewellery and engraving tools on board the Minvera to carve watches which were sold for great profit by the Captain.

Interestingly enough, both Ferdinand and John were given Tickets of Leave as soon as the Minvera arrived in Sydney in January 1800 – neither serving a day of their life sentence in the colony and both able to immediately set up shop in the fledging colony. And this even with Ferdinand being part of a mutiny plot on the Minvera for which the ring leaders were flogged.

Ferdinand had left a wife and five children in Dublin on their own when convicted in 1798. He was to have another two families of at least 15 children here in Australia. My heart goes out to Sophia Meurant in Ireland, having to find a way to provide and protect her young family, the mind boggles at the hardships she must have faced. 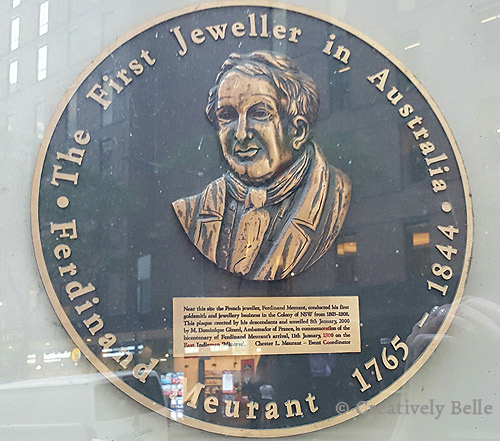 Both men were able to buy their full pardon’s by 1803 from Governor King for the silversmithing they done for Mrs King and the family. Neither returned to their families in Ireland.

Both were able to build beautiful solid houses on blocks of land just by Government House, the home of the King’s, and have a safe and established place in the merchant class of the colony.

Each tidbit of information about Ferdinand has amazed me. As a jewellery maker and one who’s traded my jewellery with other makers the news of trading 50 pounds worth silver jewellery with the Kings for a full pardon stunned me.

The best I’ve been able to trade for is wine! All of my market friends who were told this exciting piece of news (can you image the story telling on that Saturday morning at market?) were impressed.  All of us have traded but never for anything of such value.

Governor Bligh and Tearing Down Houses

Sadly for John and Ferdinand the arrival of Governor Bligh was a negative experience as he tore down their houses built on the leased land offered by Governor King. Bligh’s arrival wasn’t such a good thing for Surgeon John Harris either as he was removed from various offices he held and also had leases granted by the Kings that were in peril.

As I found many references to this happening I realised that there had to be dozens and dozens of leases and this would have been a huge deal. I wasn’t understanding the lease issue, where were these leases, where was Ferdinand’s house? And the more I looked the more confusing it was. Until, that was I found a map Governor Bligh had drawn up by James Meehan in 1807 showing the leases. The image showed a three column table listing the names of the leasees. Surely this would have Ferdinand Meurant, Surgeon John Harris and John Austen’s leases on it? 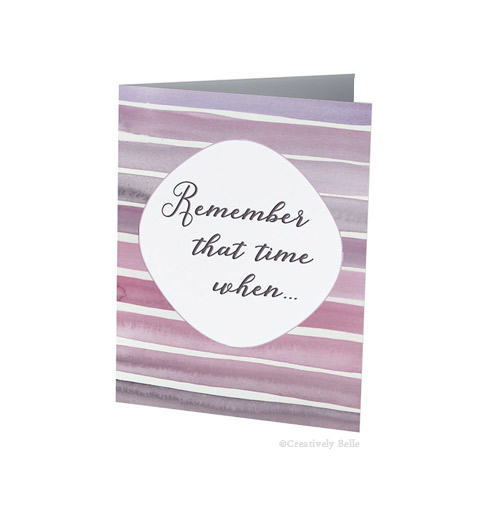 Remember that time when greeting card

So off to the NSW State Library I go to find the map and see it for myself as the online image of it was too small to read the names. While it was being used for research by others that day a time was made for me to come in to see it and what a privilege it is to be given access to the original map.

Frustratingly neither Ferdinand nor his mate John’s names were on it. I didn’t understand. Had I’d been so wrong in my previous research? One of the amazingly helpful librarians came over to see how I was going, discovered my confusion and offered a solution with an ancient looking book called the Historical Records of New South Wales Volume VI 1806 – 1808 . In it lay the answer, curtsey of my 3 x great uncle, Surgeon John Harris.

In a letter to Mrs King, who was back in England, he told of how Meurant’s house has already been pulled down and in the footnotes it details where these houses had been situated and why they weren’t on James Meehan’s map! I did a little dance in the hushed environs of the library, not only had I’d found where the houses had been but that Surgeon John Harris and Ferdinand Meurant had known each other.

I’d been able to presume, guess, they knew each other but without primary evidence I couldn’t be sure. With Surgeon John Harris’ very own words and how he refers to Ferdinand I know he did; “He has ordered Murant’s house and all that row to be pulled down, and which has been done, to the total ruin of those poor wretches’.

I also know this area of Sydney so well I could figure out exactly where Ferdinand’s lease had been and it faced onto the road I drive down to market every Saturday and Sunday, with the road basically in the same place in 2017 as it was in 1807.

As one of those delicious ironies of history unfolds, the Ferdinand Meurant commemorative plaque at 1 Bligh Street now looks across the road to where his original house stood. Meanwhile there isn’t a momentum to Governor Bligh in sight, apart from a small street.

It is very easy for me to lose hours and days delving into this historical research. I studied historiography at uni and loved it. Now I’m mixing those skills to find the primary and secondary evidence sources with my creative solutions thinking and it’s wonderful fun. 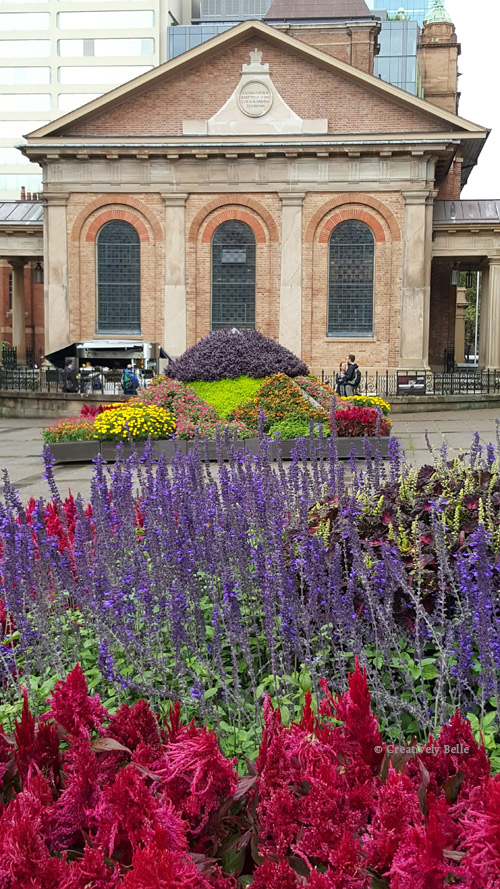 The challenge is staying focused enough on my work so I can achieve my ambitious goals and still giving myself time to play with my research. I’m loving my time at the NSW State Library and the librarians are authentically kind, helpful and diligent.

I’ll start asking them for guidance, they answer and set me up on a hunt then bring additional treasures to me while I’m working away – why can’t every work place be set up with staff like this? Yes, I know that having family from the 2nd, 3rd and 4th fleets plus colourful Ferdinand is interesting for them, but it’s their professional kindnesses that are giving me joy.

Now I have given myself one day per month to go play at the State Library. I prepare what I want to research and head off with hopes of answers. I usually come away with more questions than I go in with but that is part of the delight of it all.

I’ve set myself the task of finding the original handwriting for each of my ancestors. I’ve already seen Surgeon John Harris’ as well as the signature of his nephew in law, Samuel Stinson. I’m eager to find Sarah’s, Rosetta’s and Emma’s. Bit by bit. And it is harder to find the women.

It’s much easier to find the physical references and commemorations to the men in my family than that of the women so I’m thinking of celebrating the women myself as I’m a maker.

I’m working on some designs in my ceramic jewellery work for Sarah and Rosetta. The ideas are in early stages and I’m not very articulate with my creative thoughts around them yet but the initial pieces I’ve made are receiving good feedback.

It does seem like Rosette lived long enough to have her photo taken and I think dad has a copy of it.

I have images of Emma as a younger and older woman so I can put a face to the name. I’ve a handful of design ideas for her.

There’s a photo also of Emma’s mother-inlaw, Eliza Stinson (Surgeon John Harris’ niece he brought out) and I’m wondering if her mother and grandmother in Ireland also have portraits? That’s another set of research journeys. 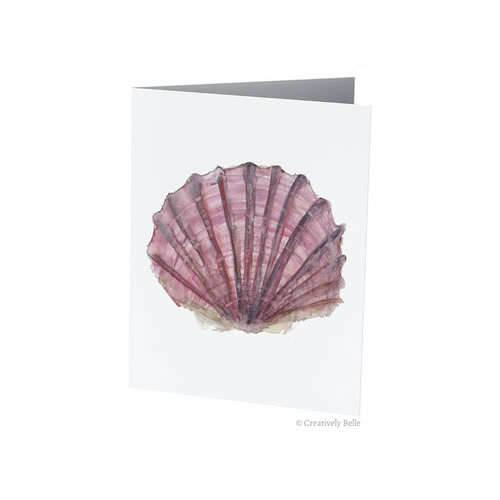 It’s always been seen in the family that my arty side has come from my mother’s family with little thought to dad’s family given how closed off grandma was. Now I’m coming to the conclusion that my grit and determination comes from both sides. On dad’s side I’m the fifth generation of business owners and hence sales people – all with the gift of the gab. I may not be as much of a chancer as Ferdinand was but true to form, I’m not very conventional.

It’s amazing to think what comes down through the generations. I wonder how much my respective grand parents of different generations would see themselves in me, and I in them if given the chance of a proper conversation? Now wouldn’t that be interesting thing to do?

Tell Us What You Think?

What’s caught your interest this year? Have you developed any new life long passions?